A radio and television announcer, also called as a broadcast presenter, is the public face - or voice - of programmes broadcast on television, radio and the internet. They work on a variety of platforms including national, regional, satellite and cable television, online or radio, but their role is always to entertain and inform their audiences by presenting information and/or entertainment in an accessible and attractive way.

The nature of the job varies according to a programme's subject matter, such as news, weather, sport, music, lifestyle, etc. However, the general principles remain the same: an announcer will often introduce, host (or co-host) a programme, creating links between items, introducing and interviewing guests and interacting with the audience.

1. Researching topics and background information for items to be featured on the programme
2. Planning and rehearsing shows
3. Writing, and sometimes memorising, scripts
4. Liaising with other members of the production and technical team/s
5. Introducing and hosting programmes
6. Interviewing guests in the studio, by telephone or on location
7. Reading short news, traffic, sport or weather reports
8. Reviewing books, films, music or newspapers
9. Providing links between programmes
10. Either reading from a script and/or autocue, or improvising
11. Keeping the programme running to schedule - responding positively and quickly to problems or changes, and improvising where necessary
12. Keeping in contact with the director and production team in the studio gallery, via ear-piece link

Although this area of work is open to all graduates, the following degree subjects may improve your chances: drama/performing arts; journalism; media/communication studies; media performance; multimedia; music technology.
Alternatively, a degree in the genre you wish to work in within the broadcast industry may be useful, e.g. politics or economics. However, entry without a degree is also possible.

Postgraduate study is not essential for general broadcasting positions, but it can be useful for gaining relevant practical and technical skills and industry contacts, especially if you have an unrelated first degree. It is becoming increasingly necessary to hold a journalism qualification, if you wish to work as a news or current affairs presenter or reporter. Further study and expertise in politics, finance, or economics can also help. Careful research into course content, tutors, accreditations by relevant official bodies and likely outcomes is advisable before you commit to further study.

The route to broadcast presenting is not direct and there is no fixed entry route. Requirements vary according to the type of programme and broadcast medium. Many news presenters start out as news gatherers in local radio, or in newspaper journalism. Television presenters in light entertainment shows may come from acting, reality TV or even modelling backgrounds. 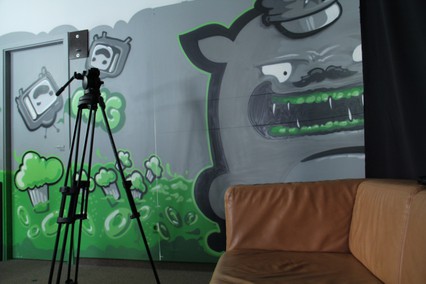 Start
In our portal we are using cookies. Using the portal, you agree to the use of cookies. You can find out more! Accept